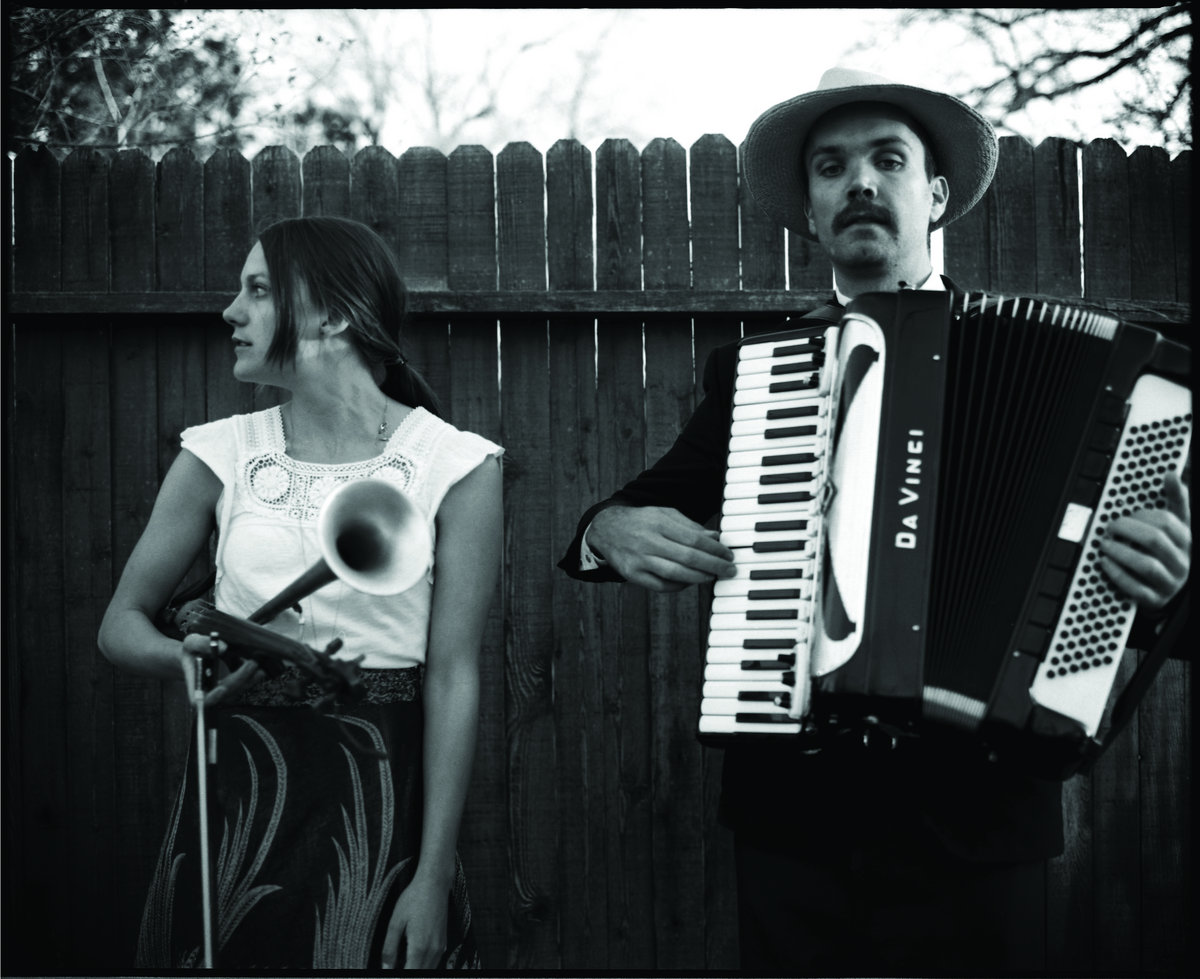 Ex-Neutral Milk Hotel man Jeremy Barnes and violinist Heather Trost come to Cork next Tuesday as part of a small run of Irish dates as A Hawk and a Hacksaw. Mike McGrath-Bryan speaks with Barnes about their new record.

“I just saw that your last name is McGrath. My grandma was a McGrath. Her grandfather came over to California from Ireland in the nineteenth century.  We still have a few connections to family in Ireland… I’m hoping they will come to the show in Cork.” Such ease in connecting traces of family and history around the world, and connecting them to the present, informs the music of A Hawk and A Hacksaw, the solo-project-turned-duo starring Neutral Milk Hotel drummer Jeremy Barnes and world-travelled violinist Heather Trost. As we chat about how the record has been received, this forthrightness is a constant, as Barnes addresses the road itch that inspires their music time and again. “We haven’t toured in awhile, and it has been wonderful to be out again playing live.”

On their seventh full-length, ‘Forest Bathing’, the band have tapped into a natural interest in the music of Eastern Europe, indulged with visits to the area. Indeed, a greater connection with the world is a theme of the project. “Some of the stories were inspired by a melody, while some of the songs were inspired by a particular scene or meditation we had somewhere in Eastern Europe. When we were in Koprivstisa, Bulgaria, we learned about how the merchants of that area travelled all through the Ottoman Empire selling textiles. It led me to thinking about what it must have been like, for a Bulgarian to go down to Istanbul and into the Middle East, to see all the cultural richness of those areas, and then to head back home. That is really what we are interested in – when so-called borders are crossed and people open themselves up to the world outside.”

While the band has traditionally featured more collaborations than have occurred on this record, the process for the duo hasn’t exactly been isolated either, as musicians from around the world have brought their experience to the table. “We wrote all the songs, and most of the music is played by us. We had a few key musicians play here and there, including Cüneyt Sepetçi, who is a wonderful Roma clarinet virtuoso from Istanbul, and Balazs Unger, a cimbalom musician from Hungary. Our old friend Sam Johnson from Chicago played on one track, and closer to home, a great bass player from New Mexico, Noah Martinez played on a few tracks.”

The attention to detail that comes across when Barnes discusses the album extended to the recording and production processes, with the duo working at their own pace. “We took our time with this, which made it much more enjoyable, and we are introducing new instruments, some of which will be with us when we play in Cork. I’ve been playing the Iranian santur and davul drum, both of which we will bring with us.”

The band has been releasing records via its own label, LM Duplication, and has been for a while. The tectonic plates that have shaken the music industry continue to move, and adjusting for the movement has presented challenges. “The transition from physical copies, to downloads, and to streaming has at every step meant less income for the artist, and more income for places like Spotify. The music industry looks nothing like it did when I began playing professionally twenty-two years ago. I don’t feel like an old man, but in this business, I guess I am. Starting our own label has given us a lot of freedom, and it is wonderful to be in full control. But of course there is a lot more work. We are in involved in every aspect of the release of our records, from mixing and mastering, to album sleeve design, down to filling orders at the post office. With the way the industry has been set up today, I’m not sure that I would want to be a musician if I were nineteen again. In 1995-96, I could see a way for a musician to make a living on a small scale, without having to deal with major labels. I’m not sure that I can see that now. Our music is heard by more and more people, but we receive less and less income.”

The duo is playing Cork next week, on the 14th, upstairs in Cyprus Avenue. Heading into their Irish dates, Barnes is excited about getting in front of Irish folk audiences. “We love playing in Ireland! We’ve found that Irish really listen, and they can handle instrumental music. Few places have as much of an understanding of the violin as Ireland does – Hungary, Romania, certainly, but I think of all the countries we’ve visited they are the only ones.”