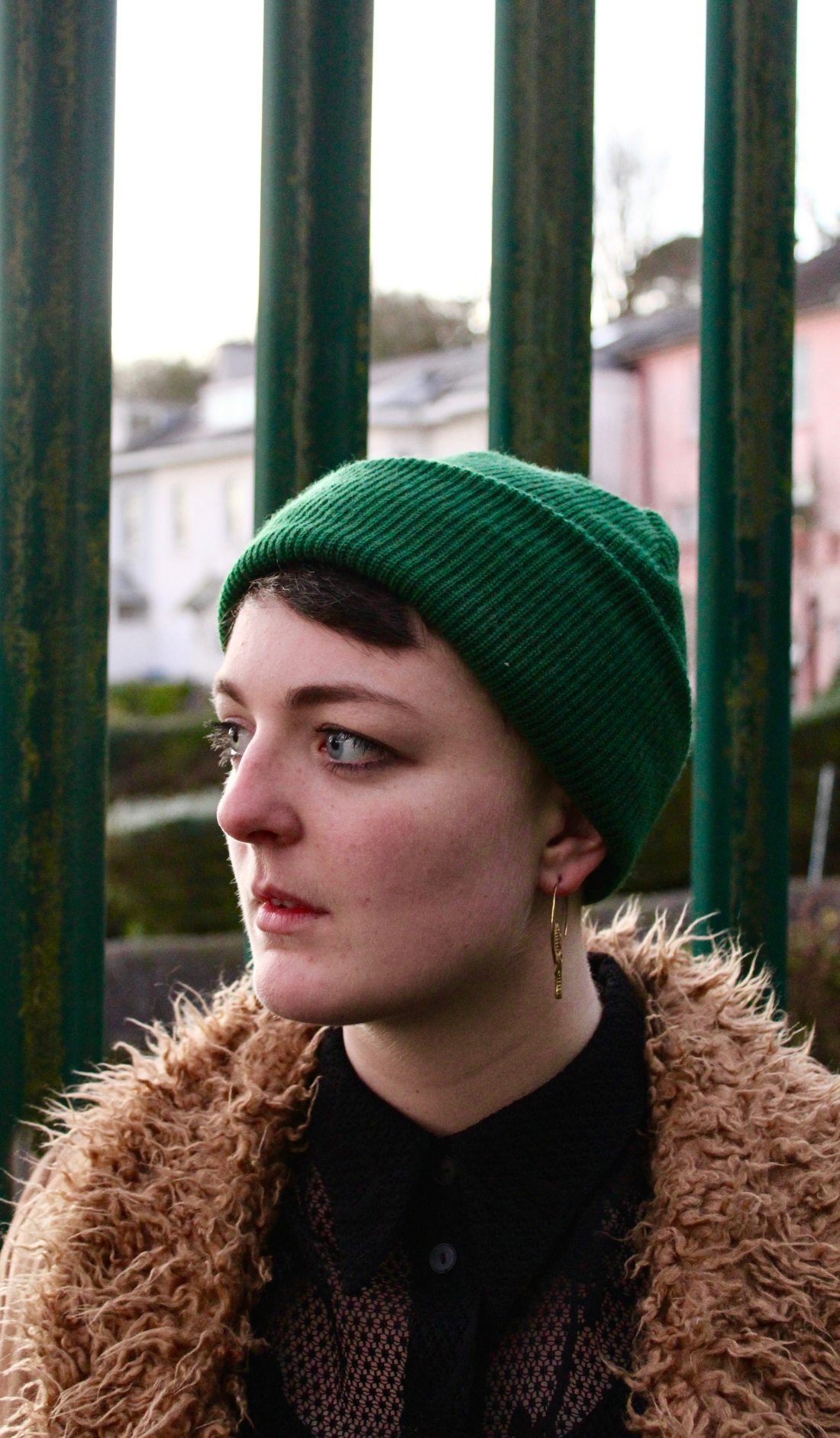 With her debut E.P. having launched just this month, and her first Electric Picnic appearance under her belt, Elaine Malone’s time has seemingly just begun. Mike McGrath-Bryan speaks to the singer-songwriter.

As we get to sitting down at a corner of the bar of the River Lee Hotel, Elaine Malone’s gears are already turning for the next step: after a chat here, she’s out to find the manager, to location-scout some of the hotel’s lengthy corridors for an upcoming video. It’s this kind of seemingly innate ingenue – identifying a means of telling a story in the environment around her, and tying it in to personal imagery, that has made Malone an important part of the Leeside scene in relatively short order.

Her knack for storytelling is best summarised in debut extended-player ‘Land’, self-released over the summer. A collection of brittle, alternative-inflected songs given life by Malone’s clear and increasingly confident voice, the E.P. takes in both external stories and internal monologues. For Malone, it was a long time in the making, but the work is starting to pay dividends. “It was kind of overwhelmed with how well-received it was. People were very generous with their time, their reviews, which is overwhelming, because it’s a nice little bonus, but you can’t rely on that (for motivation in the event of a bad review). I try not to read them too much, but it’s nice to have support from people. I’ve been getting some more opportunities as a result, it’s great.”

Written initially as solo guitar pieces, some of the songs on the record were years in the writing and refinement, before being played and having live arrangements worked out over a number of months at open mics, etc. To finally be sharing them with the world, with expanded arrangements with live band members Sam Clague and the brothers Sampson, represents a turning point. “It was such a long process making that E.P., two years from start to finish, and one of those was written when I was seventeen. I’m 24 now. It’s been a long time. And I suppose, in a way, it was like a little burial of them. I just wanted them to be made, and go into the world their own way, just to find a place there so I could free up space in my mind to write more… Because I started quite young, I think there’s a lot of teenage angst, which I’ve come to realise is kind of funny. It’s a timescape, almost, this little capturing of the last ten years of my life, in four songs. I don’t let go of things, until I make a deadline that’s irrevocable.”

Leadoff single ‘No Blood’, recounting the story of the death of Ann Lovett and its societal fallout in a country that had just begun life under the Eighth Amendment, had been a regular part of her live sets, before being released during the Repeal campaign. Having appeared at several fundraisers in Cork for the Together for Yes civil campaign, Malone is beginning to see the song, and what brought it about, in the rear-view mirror. “I feel immense pride, I think, for the Repeal campaign. Everyone that was involved. It was the biggest example of courage I’ve seen on a wide scale. So many women, and so many men, that were affected by (the Eighth) and had shared their stories. And that was such a pivotal thing: is this going to be a new Ireland, or are we going to stay the way we were? Be oppressed and hold on to Catholic guilt. We’re still not at a point where anything has changed, no legislation has been written. I was glad to be asked to play so many fundraisers. I saw how it affected people. There was no triviality to any of it.”

Accompanying the release of the extended player was a pair of visual pieces, in the ‘You’ and ‘Mindless’ promo videos. In different ways, each draws from the city’s landscape and people, with different circumstances bringing out the best in the pieces’ directors and focal points. “The video for ‘You’ was a last-minute thing. Celeste Burdon was fab, she’s a great photographer. Super-talented, and my friend Izabelle Balikoeva, we both had an afternoon free, it was like, ‘let’s get it done, let’s make it impromptu’, and I love improvising in general. Went home to get changed, pick a cool outfit for the video and shit. And then, I’m outside my house in last night’s mascara, looking really manky. Couldn’t get into the house. Door locked. A broken lightbulb in my bag for some reason. Jesus. I just legged it up to Celeste’s house to try and get something together. I don’t think I’ve ever been so uncomfortable (laughs). A couple of months ago, then, myself, Oriane Duboz, Mary Kelleher and Inma Pavon made this video for ‘Mindless’. It’s one of my favourite things I’ve ever been a part of. I suppose I co-directed it in a way. I had this image in my brain of a woman wrapped in plastic, and we were very lucky with where we shot it, it was a lovely space.”

The Cork music community is a tight-knit one, and among dedicated gig-goers and musicians, Malone has been an important part of it: this year alone has seen her open Quarter Block Party, be the first live performer to tread onstage at Dali, and perform at fundraisers for the Sexual Violence Centre. “The city’s so different now from when I arrived. Even the places we used to go to. It goes in waves. A genre grows in popularity and dies off. We’re fortunate to have a group of people that are constant, and are keeping the levels really high. People have space to develop and experiment. There’s some great youngfellas and girls coming out of the city. Jimmy Horgan’s got PLUGD, and the Roundy’s developed a lot more. I’m excited to see more alternative spaces, to be loud and make weird noises.”

With a landmark year nearly sewn up, it’s not too long to go before the next set of milestones presents itself. Malone is looking at 2019 on a step-by-step basis. “To keep tippin’ away. Writing as much as possible. Keep playing. I’m in the frame of mind now where I want to learn more now, about my craft, just being a better musician. That’s where I’m at right now. Maybe a new single after New Year. Just more cool shit like that.”