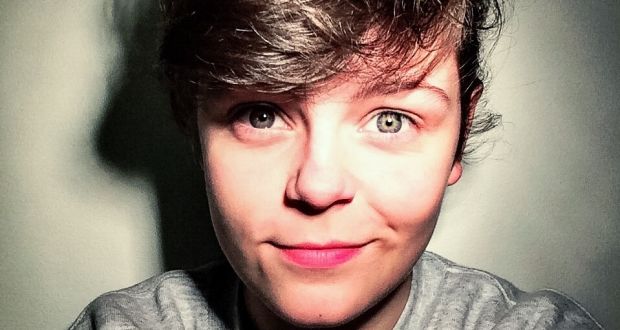 A Leeside initiative to bring local visual art, spoken word and music together has come together with First Fortnight, Europe’s mental health arts festival, for a special event tomorrow night at the Kino. Mike McGrath-Bryan speaks with organisers and collaborators.

There’s a lot made nowadays of making more of a gigging experience for people. Whether that’s providing densely-packed local lineups, taking advantage of a venue’s capabilities and idiosyncrasies, or delivering once-off experiences, Cork-based promoters and collectives have been driven to consider further the idea of gigs and performances as an overall experience. From this idea has emerged another breakout story in Cork arts in the last year, as events organiser Ciarán MacArtain has headed up multidisciplinary events series The Crossover, which has run in venues around Cork City. Speaking on the idea, MacArtain discusses the impetus for setting it up. “Originally the concept came about as an experiment, to see how different forms of art and performance can compliment each other and enhance an experience for an audience. A group of us working in different media came together to develop the concept, early in 2018. There was a feeling at the time that although there are many artistic events happening in Cork all the time, some of these can happen in isolation, where a lot of musicians attend a lot of music gigs, visual artists attend a lot of art openings/ exhibitions and poets go to a lot of poetry events, without there being much “crossover”. The drive of the original concept was to bring these different artistic communities in Cork together, to try to create something new, and expand the audience of each medium.”

Tomorrow night sees the project partner up with national mental health awareness initiative First Fortnight, running in cities and towns nationwide, providing an outlet for performance, discussion and artistic framing of the ongoing discussion and national experience around mental health. Having run in Dublin for a number of years and quietly getting off to a start in Cork, First Fortnight provides an important focus for artistic practitioners and facilitators on mental health, and for MacArtain, it’s this theme around which The Crossover’s event at the Kino revolves. “It’s a great honour for us to contribute to this festival. We were originally approached by Stanley Notte, who exhibited work at our first event in March, and also does curatorial work for The First Fortnight. The festival have been very supportive of us and have clear ambitions to expand their programme year on year in Cork and around the country. The way the festival has grown in the last few years is highly impressive. For us, the poignancy of its theme and scale of its output make it one of the most important festivals in the country.”

As mentioned, the event happens in the Kino cultural venue on Washington Street, a growing space for spoken-word following poetry collective O’Bhéal’s use of the space for their Winter Warmer weekender last November. It’s a spacious venue with a sizeable stage and cinema-sized screen, but the question of how to fill the stage with largely single-person performances is answered promptly by MacArtain, and his experiences there. “We’re delighted to be working in such an important cultural space as The Kino. We have huge respect for Phil and his family for maintaining the space as a cultural resource, especially considering the amount of artistic spaces that have closed around Cork in the past few years. Personally, I feel lucky to have experience working the space, I did the LX design for the Winter Warmer in November and have co-produced a play in there previously, so it’s nice to have that familiarity with the space as we approach this work.”

Among those in attendance will be rapper and spoken-word artist Spekulativ Fiktion, poet and aspiring journalist Matthew Moynihan, and Waterford wordsmith Alana Daly Mulligan. When speaking of working with an event like First Fortnight, the question of what goes into programming an event around such a theme emerges, but also what these poets bring of their work to proceedings. “It has definitely been an interesting challenge working with a set theme for this event. Previous Crossover events haven’t had a defining theme so it has made the creation of this piece slightly different. In terms of programming, there is a wealth of talent in Cork working in different media, so the consideration really is in building an ensemble. Trying to gauge how artists in different styles and mediums may compliment each other. Everyone involved has given generously of themselves and their talents to the project. It is ensemble based work and each collaborator has really grasped that in how they’ve contributed.”

Matthew Moynihan has emerged as one of the city’s most vital new poetic voices in recent years, in addition to a burgeoning body of student and community journalism, speaking forthrightly and with eloquence on matters both internal and external. The topic of mental health is close to home for him, and it’s this experience that compelled him to get involved. “It’s a great honour to be involved with First Fortnight. The Crossover is going to be a fascinating medley of Cork’s artistic prowess, representing our individual and collective journeys with mental health, and it’s such a pleasure to work with so many talented artists. To be working with First Fortnight is a career highlight, as most of my own subject matter is mental health related, and to get to share our experiences with the audience, and with a bit of luck help somebody, is a great opportunity.”

For Alana Daly Mulligan, a Cork-based spoken-word artist of Déise extraction, exploring mental health via artistic practice, and the links between the two, is a matter of not only looking at immediate issues in human emotion and behaviour, but adopting a more pragmatic approach. “Mental health and art have always been notoriously linked, or so it seems. This is a way we can use art and its platform for better, so people can come and see us through the lens of theatre, music, spoken word, physical performance and so on and try and connect with some of the issues we are discussing. It’s also important to note that mental health is a very open topic, it doesn’t always mean misery, doom and gloom, it is as much about seeing the good side of life as it is about reconciling with the bad ones. One thing I will definitely say about the Crossover is we are not telling anyone how they should or shouldn’t feel, this isn’t a lecture series that gives you the keys to feel happy or anything like that. We are interpreting mental health, using our experience and that of others for good.”

With a lot of effort having gone into curating, production and promoting the event between all parties, MacArtain is ready to present an important part of First Fortnight’s Leeside offering throughout the weekend. “I’m dead excited for it, really. A big consideration is trying to keep our own mental health in check so that we can give ourselves fully to the performance. There are a lot of moving parts when doing work of this nature so I’m trying to keep on top of it all while still maintaining a sense of playfulness and fun around it. I’m dead proud of the ensemble and the work we’ve done thus far so keeping my fingers crossed that we can represent that as best we can.”

The Crossover presents its collaborative event with First Fortnight at the Kino on Friday January 18th. Tickets €10 available at firstfortnight.ie or on the door.