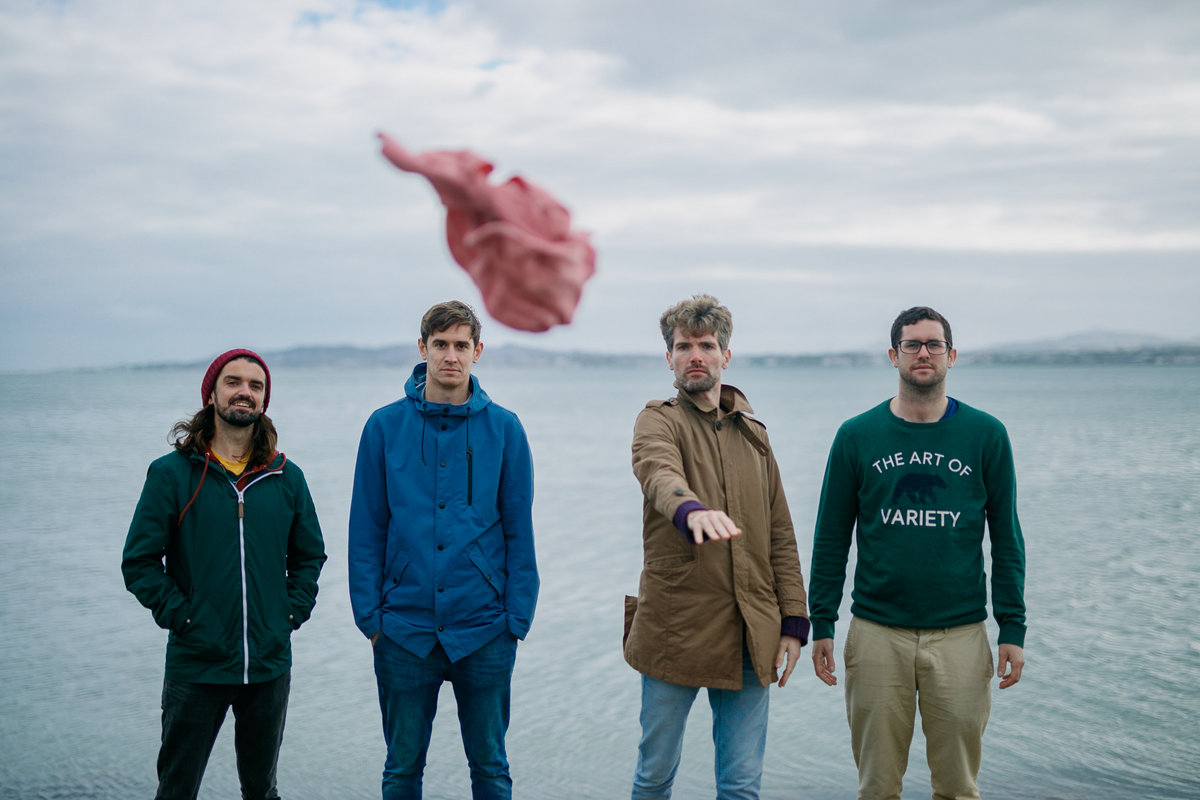 A new album and a UK/Irish tour have been a long time coming for indie-pop four-piece Bouts, who return to the road this month after a five-year absence, including a stop at The Roundy. Mike McGrath-Bryan speaks with guitarist/vocalist Barry Bracken and bassist/vocalist Niall Jackson.

Half a decade can be an eternity in the realms of Irish independent music. For Dublin indie-pop outfit Bouts, scattered across the world by circumstance and work, it’s been made an even longer wait by the exponential pace of change in music consumption in recent years. With the exception of intermittent singles and remixes, the band’s last studio excursion was 2013 long-player ‘Nothing Good Gets Away’, a collection of noise-inflected pop that endeared them quickly to a cross-section of music aficionados. When sitting down to talk about the process of writing its follow-up, ‘Flow’, guitarist/vocalist Barry Bracken conveys the extent of effort that’s gone into keep the band’s home-fires burning ahead of its release next month via their own Wonky Karousel label. “It’s always immensely enjoyable to record an album. Our process was relatively straightforward, just a little drawn out. First sessions were in late 2016. We grabbed time together when we could over different weekends between then and now, in Ireland and the UK, further rehearsing and refining ideas. Not taking too long to let them become over-thought. That’s the single biggest difference between this album and the last. With minimal band contact, maximum focus was required. The songs were written in a kind of pressure-cooker atmosphere. and it definitely added to their immediacy. They’re as finished as they could be, and a decent representation of where we’re at. Although you usually end up outgrowing them quicker than an audience, due to the turn-around to get tracks from ideas to an actual record.”

The post-production and mixing process for ‘Flow’ featured the re-appearance of a few familiar heads from Bouts’ prior sessions – veteran Irish producer Fiachra McCarthy helped with the album’s direction, and the team of Jesse Gander on mixing duties and former Fugazi collaborator TJ Lipple on mastering, returned from the band’s last record. Bassist Niall Jackson recounts the ‘Flow’ sessions and the process of working together to get the record over the line. “Fiachra is basically one of us, same tastes, values and geekiness when it comes to guitar tones and giving things a lash. We could not recommend him more. I’m sure he won’t thank us for mentioning it, but most days our eight-hour sessions turned in to twelve-hour ones, and it was usually him going ‘G’wan, give this weird Fender Jag-Stang a go’ at the end of a day (laughs). It was our first time working with him, whereas with Jesse and TJ, we’ve never worked with anyone else for mixing and mastering since our debut album in 2013. They do a perfect job every single time, and are very reasonable to work with when it comes to revisions or advice.”

Wonky Karousel is a DIY record label via which the band has worked over the years on the band’s physical self-releases and various side-projects. This time, there’ll be a very small 12” vinyl run of ‘Flow’, as the record goes mostly to streaming services, the biggest change in music distribution over the last five years. Jackson discusses the band’s approach to the short-run release. “Basically, we still have a hundred copies of the first record underneath our beds, so this time we thought ‘well, let’s make it difficult, the other way around’. It means we’re paying more per unit, but at least it puts the impetus on the listener. Do you want to listen to a s**t stream, and have no physical relationship with the music produced, or do you want a great-sounding record and become lifelong friends with us in the process (laughs)? Ah no, we really don’t care how people consume it, the vinyl is there for the people that really want it, or want to help us make more music, the stream/digital version is gonna be more than enough for most these days. The most rewarding thing is people wanting to listen at all.”

Going back on UK and Irish tour to support the record, the question naturally emerges of trepidation or nerves about going back out there ‘as’ Bouts. After everything that the band has been through to get to this point, Jackson insists that it’s simply a matter of getting back on the horse. “We’re doing this as best mates, playing songs we love and wrote ourselves, whether five people turn up, or we pack the places out, and we’re going to give the exact same amount of energy. Nothing worse than seeing a band phone it in.” Likewise, getting back into the swing of doing press and getting radio play, after doing well with specialist shows at the BBC and RTÉ in the past might present challenges, but it’s being taken as par for the course. “Yeah, ‘same s**t, different day’, really. You would like to think people invested in music from Ireland are aware of who we are, and if not, that they might listen and think ‘well, this is good enough to play’. But again, it is pointless worrying about that stuff.”

Friday February 1st sees the band play the Roundy on Castle Street, alongside indie/psych outfit Any Joy and a solo show from the effortlessly prolific Laurie Shaw, in a fantastic piece of booking considering the DIY aesthetic shared by all involved. Jackson collects his thoughts heading into the gig, and expounds on sharing a billing with Shaw in particular. “Ah well, people like Laurie are the reason to get back out there. He really puts a cat, or seventy-five cats, among the pigeons, what with his furious album production rate. As for Any Joy, we’ve yet to have the joy of seeing them, so it’s a win-win situation. We’ve also being dying to see and play The Roundy. At the end of the day we’re all live music fans, and your opening acts should be bands you would pay, or go to see, even if you weren’t on the billing at all, never mind headlining it. Cork has traditionally been very good to us, too, people tend to show up.”

Bouts play upstairs at the Roundy on Friday February 1st, with support from Any Joy and Laurie Shaw. €7 at the door, kickoff at 9pm.