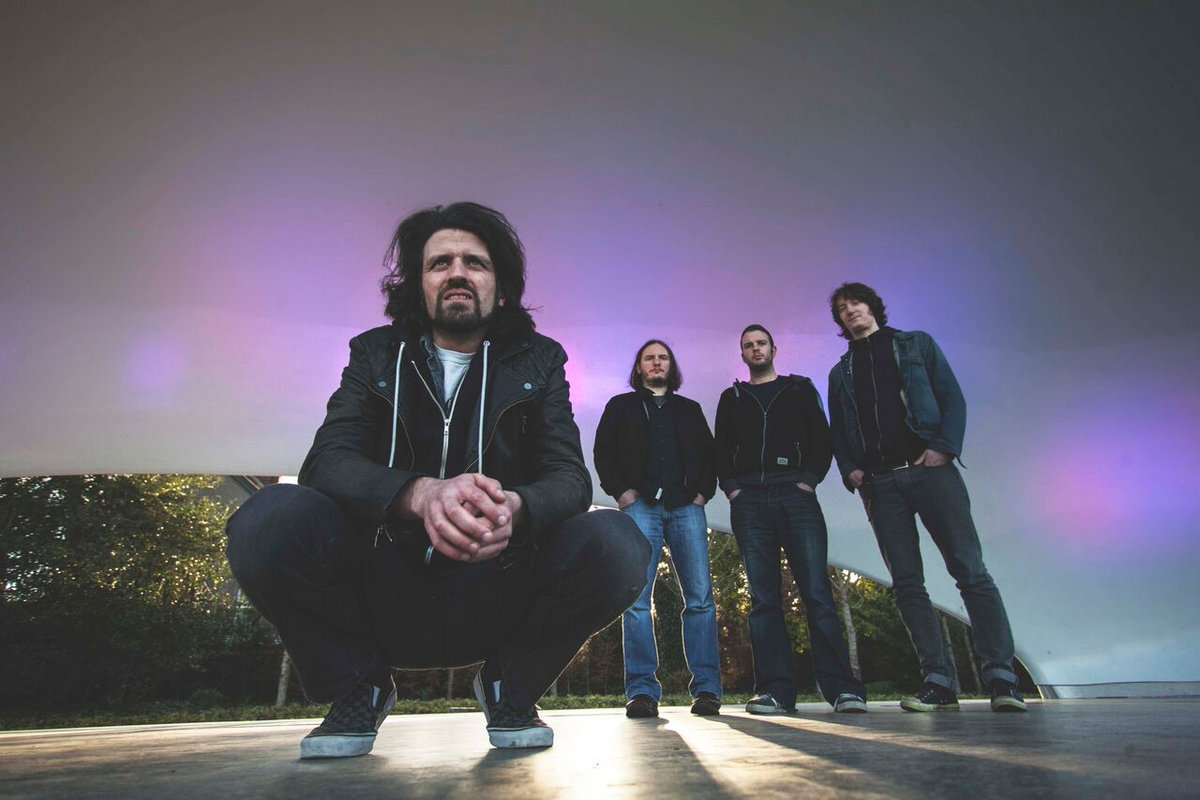 Hope is Noise have been a constant in Cork alternative for the better part of the past two decades. Espousing a raw post-hardcore invested with a sense of melody drawn from wider influences, the band could be forgiven for settling into a groove. Instead, the band have chosen to confront middle age with fourth album ‘Demons’, which singer/guitarist Daniel Breen says from internal and interpersonal struggles.

“I think the main theme behind ‘Demons’ is friendship, and the highs and lows that come along with it. I believe that a breakdown in any close/long-term friendship can affect you worse than it would if you’d had a fight with a sibling or family member. There are things and experiences that you share with your friends that you may never do with your family. You choose someone to be your friend and when that friendship falls apart there are feelings of guilt, remorse, anger and in some cases, relief. This is where the title comes from, the ‘demons’ of failing friendships. However the opposite to this trend is the friendship of the four band members of Hope is Noise which we explore in the songs ‘Bitter End’ and ‘Gnarlsburg’. We have been playing in bands together for nearly 20 years and we have stayed close throughout this time. This band will keep going as long as the four of us continue to enjoy hanging out, writing songs and playing gigs together.”

A labour of love in the face of continuing change, the band decided to further emphasise the personal nature of the project by producing it on their own, a process Breen insists on the importance of. “We started writing this album late 2013/early 2014 and slowly worked away on it. We started recording in 2015 and would have loved to have had it done sooner but due to family and work commitments…time was always against us. Thankfully its done now and we can relax a little before getting the next record done. It was all jammed, recorded and mixed at Wood Street Studios on Washington Street. I think the biggest difference was the fact that we produced it ourselves. In the past we have worked with Ciaran O’Shea and Noel Lynch to produce our albums but this time around we really wanted to do it ourselves. There is something quite liberating about self-producing as we had the freedom to create the songs/sounds we wanted rather than how someone else thinks we should sound like. Thankfully we had the great Lawrence White (of Wood Street Studios) engineering the record for us. He also acted as a great sounding board so we could bounce ideas off him. He was very important to this record as his patience, humour and skill proved invaluable to getting the record done.”

The band has been together for the bones of eighteen years under different names, with much the same line-up. How did Arcane and the Terranauts survive to become Hope is Noise, what’s the secret? “Very simple. We are friends. We hang out outside of the band so even if we were not in the band, we would still be friends. All the tensions brought about by being in a band don’t really get to us as we know each other so well. In our twenty years playing together, I can only remember one minor argument which happened about twelve, thirteen years ago. Thankfully, we are all on the same page when it comes to the band. Probably more importantly, we have never stopped writing and as long as this is the case, Hope is Noise will keep going.”

Lodgefest II, happening on October 8th at the Pine Lodge in Myrtleville, is in part a celebration of of that longevity, but also features the return of Kerry post-rockers Ten Past Seven, an appearance from hardcore four-piece Horse, and the debut of new outfit Onkalo. Breen outlines what can be expected for those unfamiliar. “A great night of music, pints and an all round great laugh. I expect all the bands will bring their unique styles and together we can keep the energy high throughout the night. If it is anything like the last Lodgefest in 2012, it will be a memorable night. We really can’t wait.” The last Lodgefest was a similar celebratory affair, reflecting on the Leeside scene of the time. “It was a very hot day/evening in June and I just remember the room becoming a sweatbox… Lamp, Terror Pop and Terriers were all amazing and we weren’t too bad either. There’s a great photo out there in internetland that shows 99% of the crowd topless and dancing which to us is always a sign of a great night.”

Never ones to stay stationary or rest on their laurels, however, Hope is Noise have an eye on the future already. “We’re already planning our next record with at least 3 new songs written. We have a new documentary coming out soon called ‘Let’s Start a Band’ – which we have been working with the ever-hard working Ger and Jim from Gobstar Film. We are looking at releasing it later this year. Gobstar have been amazing and have worked really hard to try and create an interesting film on nearly 20 years of the band’s history and our waffling interviews (laughs). We also have a few gigs around the country in November. Next year also marks the 10th anniversary of our first album, ‘Applaud Friends…The Comedy is Over’ so I think we’ll do a special gig to mark that…maybe play the album in its entirety. So there are a few things in the pipeline, and hopefully we will keep releasing new material and gigging as long as long as we can.”