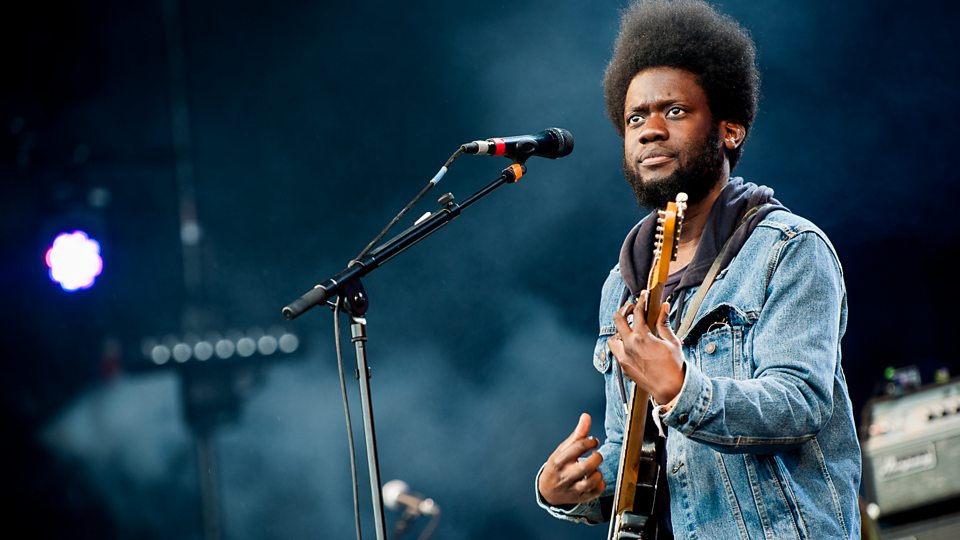 Mike McGrath-Bryan takes a look at the rise of soul’s newest superstar, Michael Kiwanuka, ahead of another sold-out show in Cyprus Avenue on the 13th.

Londoner Michael Kiwanuka’s star has been slowly on the ascendant in recent years, with soul-oriented debut album ‘Home Again’ leading to critical acclaim and major touring, in addition to the BBC’s Sound of 2012 award after the release of two extended-plays. But with more confident and assured follow-up longplay ‘Love & Hate’, Kiwanuka has seen unprecedented success, including topping the UK album charts and a sold out tour that stops in Cyprus Avenue on the 13th. No less of an authority than Mojo magazine recently weighed in on the record as being “as confident a second statement as you could wish for, full of strong melodies, affecting lyrics, sharp playing, immense arrangements and sympathetic production”.

Lead-off single ‘Black Man in a White World’ sees the mature young artist stepping with more certainty into the greater questions of racial identity and music, as a British-Ugandan Londoner. Describing himself as “obsessed” with guitar as a teenager in a recent press release, Kiwanuka speaks of discovering Jimi Hendrix’ racial identity on seeing footage of the guitar great at work, and reaching an epiphany. Speaking on the topic on the same presser, he articulated the experiences behind the tune. “That song is about all the sadness and frustrations of childhood, of being one of very few black kids in Muswell Hill, and never feeling like fitting in. It’s about not feeling like I could be a rock star, of always being categorised as jazz, of attending the Royal Academy of Music and seeing no black people on the course, and thinking just how much I was a black man in a white world”.

Signing for Communion Records in 2011, Kiwanuka came to the attention of the label after working as a session guitarist in London for a number of years, including work for grime artists Chipmunk and Bashy. The first fruits of this partnership emerged shortly thereafter, with extended play ‘Tell Me a Tale’ releasing on 10” and digital that April. It’s a formative effort that lends credence to comparisons with the soul greats almost immediately, albeit with stamps of sonic modernity in evidence in places throughout, in among some very warm and familar production. Ample layers of strings and woodwind flesh out some genuine soul-searching throughout its three tracks, the familiar soul tropes shot through with the impatience of youth.

Second E.P. ‘I’m Getting Ready’, released a few months later in 2011, continues in a more introspective direction, pointing the focus of questioning inward. The eponymous track is a gentle treatise on resolve and preparation, while ‘Need You By My Side’ is a gentle love song that adds soulful focus and brassy heft to a folky backbone. ‘Any Day Will Do Fine’ is more of a mover again, peeking outward and extending out, fading softly with gongs to punctuate the song’s journey.

Kiwanuka’s work ensured him a slot touring with pop titan Adele in the same year, accompanying her on the venue and hall rounds, including a set at the Royal Albert Hall that was recorded for release on iTunes as an exclusive as part of Apple’s line of iTunes Music Festival releases.

Signing with Polydor in 2012, Kiwanuka used his pair of extended plays as the basis for his debut album ‘Home Again’. Further exploring his relationship to the soul icons of his childhood, Kiwanuka nailed his colours firmly to the mast, with a Marvin Gaye-esque honesty that permeated every aspect of newly-cut material. The pressure created by the hype surrounding him, however, took its toll on the young man. “I wanted to give up making music after my first album, but this made me realise that I just needed a new approach to really reflect who I am now.”

The aforementioned earnestness of his first record, however, is its real joy, as Kiwanuka speaks openly of his internal monologues and opens up his most personal feelings throughout, albeit through the coda of soul and jazz tropes. Of the process, he’s said: “The confessional aspect is cathartic for me. You accept it, once it’s done, it’s out there. That’s the therapeutic nature of it. Now, I’m living in a way where I’m not apologising. My first album I was just worried about everything.”

Album number two saw somewhat of a dream partnership occur, as Kiwanuka was teamed with, among others like fellow Londoner Inflo, American producer/songwriter Danger Mouse, best known for producing/collaborating with MF Doom, Gnarls Barkley, Gorillaz and the Black Keys. Kiwanuka was taken with Danger Mouse’s influences and the callbacks evident in his work, which lent itself to the immediacy and ease he’d been seeking for the process of his sophomore effort. Says Kiwanuka: “The first album was way more technical. It was like, ‘OK, we need exactly the right drum sound and an old mic, and the perfect guitar sound’. I love that stuff and I always will, but Brian (Burton) changed my perspective on it. I realised it the music wasn’t just about deconstructing the instruments, it was to feel.”

Kiwanuka’s complicated relationship with religion is summarised in album track ‘Father’s Child’. Referring to improvisations on the tune as similar to “speaking in tongues” the song conjures up images from a childhood spent at church. “That song is about purpose really, it’s about walking with someone. And those ad-libs feel like tongues, lyrics that pour out from the heart before the brain has had time to process them. A lot of this album was grappling with the insecurities that I’d learned. The first album was grappling with faith. Here, I’m not so worried about that – I’ve accepted that it comes and goes, and now, I’m left with myself.”

What your writer hears in a few tracks from the record speaks to a musician continuing to grow, as the interpersonal hurdles fall under his own leaps and bounds. Title track ‘Love & Hate’ is a call to a sense of purpose, addressing the further questions of fortitude, confidence and growth. ‘One More Night’ is a deep cut, with hangdog keys soaking a tight performance in melancholy in the genre’s finest tradition, and ‘Black Man in a White World’, a co-write with producer Inflo, is a clap-along blues stomp, replete with stop-start bass that punctuates Kiwanuka’s honesty. This feel for the personal that underlies an encyclopedic array of reference points has earned him fans worldwide, but the latter will surely see him here to stay.