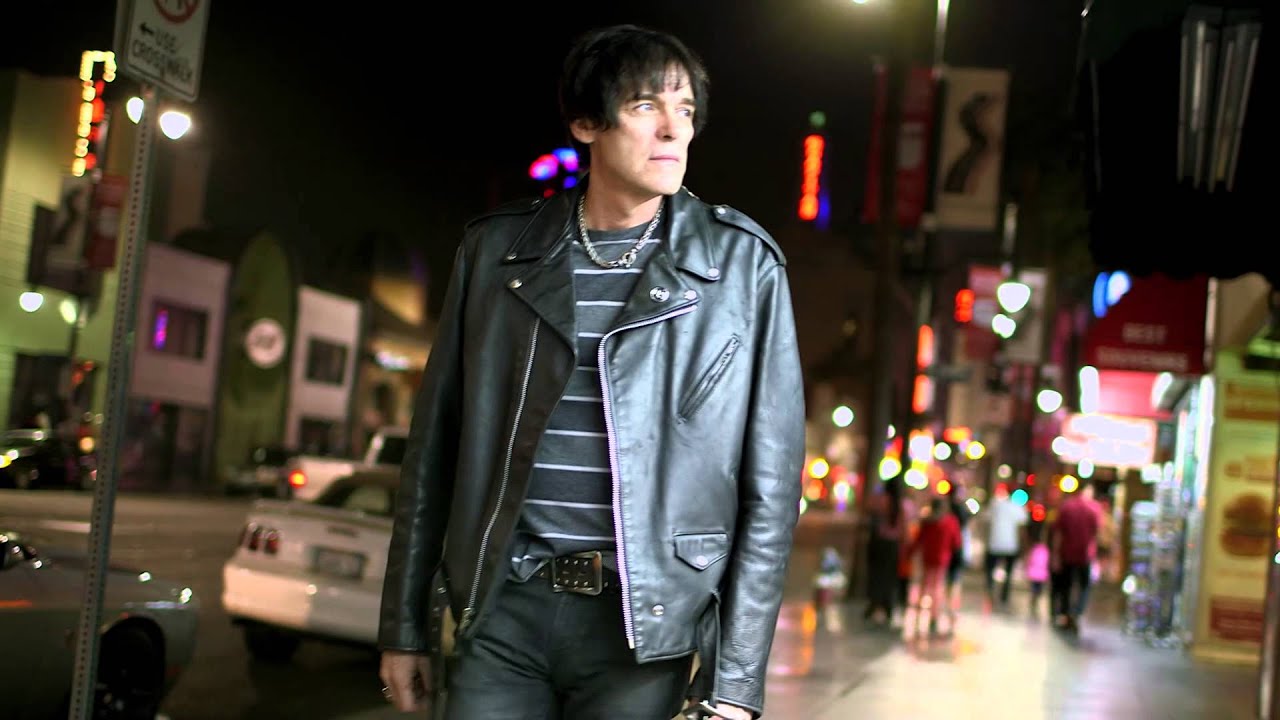 He’s travelled the world as part of arguably the foremost exponents of punk rock’s velocity and fury, a vital component to its longevity and a cornerstone of the band during some of its most turbulent times. Richard Reinhardt, today a percussionist and composer, his reprised the moniker of Richie Ramone for a new body of solo work, including new album Cellophane and a long-running tour that winds through Cork on Wednesday the 14th, at Cyprus Avenue.

Richie first joined the Ramones under the name of Richie Beau in ’83, following the departure of Tommy Ramone. Hopping behind the kit just before Subterranean Jungle was released, he took the Ramone surname shortly thereafter. An active session drummer in his own right, the gig came along at just the right time, according to Richie. “I was hanging out with Little Matt, Johnny’s guitar tech, and he told me that the Ramones were auditioning drummers. I told him to put in a good word for me, and he got me an audition. The next week, I got a call from Monte (Melnick), their tour manager, and the rest is history. From that moment on, my life changed.”

Richie spent four years with the band, penning songs and becoming the only drummer to sing lead vocals with the Ramones. An infamously volatile working arrangement, fans these days can only wonder at how the band managed to co-exist for as long as it did. Vocalist Joey, although legendary for his personable nature, would eventually be diagnosed with OCD, which presented numerous logistical challenges on the road. Guitarist Johnny was a strictly-regimented road general whose discipline informed the band’s attitude and dealings, while Dee Dee, on bass, would become a law unto himself while battling with what we now know as bipolar disorder. Yet, for all the discord that went on, when it came down to brass tacks, they all knew what to do. “I spent four years and ten months in the band. When it came time to do a record, we all brought our songs to the management office, and voted on which we would do. Joey took me under his wing right from the start, and made everything easy for me.”

Foremost in Richie’s contributions to the eighties Ramones canon was Somebody Put Somethin’ in My Drink, a mean, grimacing bubblegum tale of spiked drinks and ruined social plans. What brought the song about, and did Richie think it would stick with people the way it has done all these years later? “I told Dee Dee the story, about how when I was a kid and had no money, we used to steal drinks in the nightclub when people got up to dance. One night, I started feeling really weird, and soon realized one of the drinks had been spiked with LSD. He told me I had to write a song about it.”

Perhaps the sorest test of the band’s working relationship with Richie on-board was when he was tasked with remixing the entire Halfway to Sanity album by Joey, apparently much to Johnny’s chagrin. When questioned on the challenges the situation presented technically or creatively, Richie holds his cards close to his chest. “Joey called me in the middle of the night saying he wasn’t happy with the mixes, so I went and remixed half the record. It went quite smoothly and everyone was happy.”

Richie took his leave of the band in 1987, stating in the End of the Century documentary film that it was business differences that caused him to split from the Ramones. It begs the question now of what Richie makes of the original members’ estates’ vast merchandising and intellectual-property empire surrounding the band’s infamous logo and early album artwork. “(New York venue) CBGBs and the Ramones are two of the most iconic logos in the world. I think it’s great that kids still want want to wear the legacy, although the band is no longer around.”

As of recent years, Richie has been involved in music again, composing in different genres and oeuvres, from classical (in Suite for Drums and Orchestra, a piece based vaguely on West Side Story, no less), to reprisals of his punk roots. He’s very straightforward when asked about his relationship with music today. “Nothing has changed, just the music business itself is different.”

While touring again under the Ramone pseudonym, he’s also been returning to Dublin, working closely with local agents on Irish touring. It’s a bit of a shift from his memories of mid-Troubles Ireland, when the band crossed the border to the North, a commitment few other major touring acts would undertake. “Back in the eighties, we played Ireland all the time. We were one of the only bands who weren’t put off by the IRA. I remember that some of the hotels were behind barbed wire fences. The crowds were always great.”

With a year of touring and recording behind him and the band, Richie is focused on winding things down for a bit, ahead of next Spring’s live activity. “We toured extensively this year, and I want to take a month or two off, then we start touring in March again, in support of the new album, which is out now on DC-Jam Records.”

Richie Ramone plays Cyprus Avenue next Wednesday, the 14th, and tickets are on sale now, at cyprusavenue.ie and in the Old Oak. Support from The Grunts and Tequila Mockingbyrd.