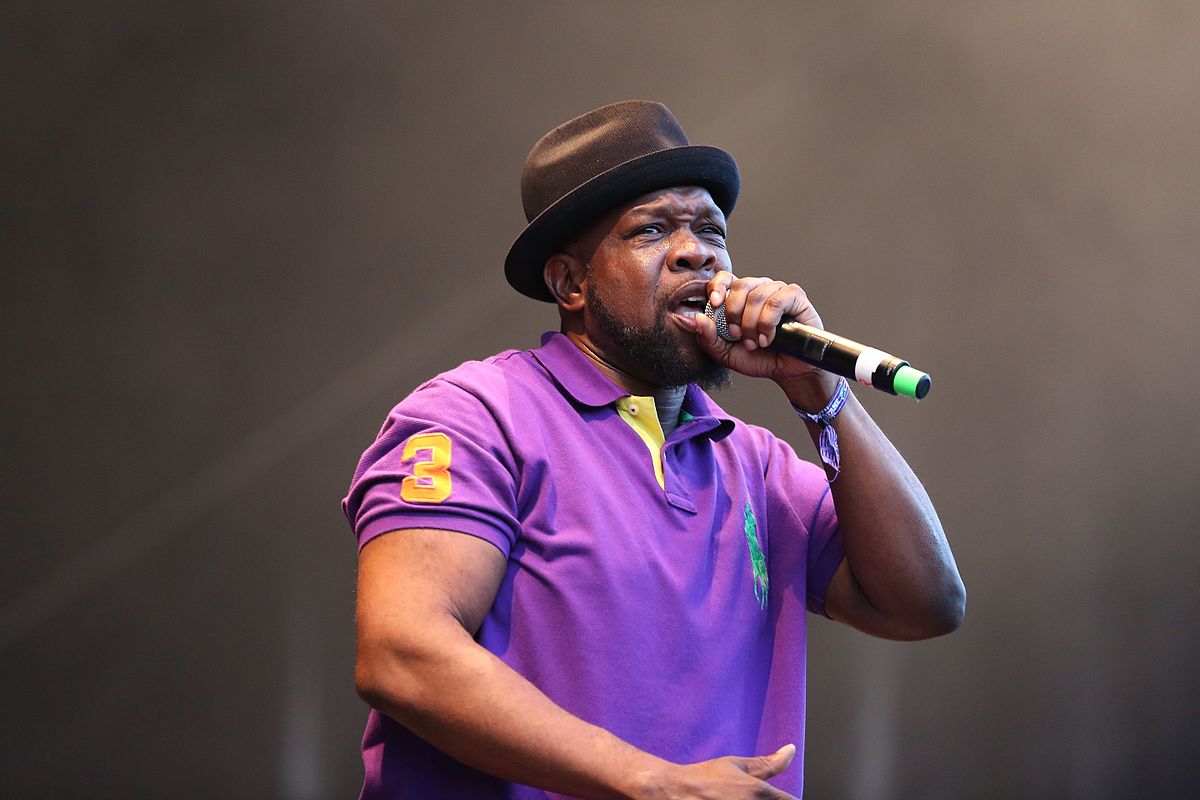 Hip-hop survivor Jeru the Damaja arrives at Townlands Carnival this weekend with nearly thirty years of tunes at his disposal. Speaking with Mike McGrath-Bryan, he touches on hip-hop’s golden age, his own experiences, and the challenges that await him in the future.

The sign of a relevant artist is one that refuses to rest on their laurels, always looking forward with the knowledge that you’re only as good as your last idea, especially in an increasingly hectic music industry. Emerging in the early nineties in collaboration with Gang Starr cutman DJ Premier, and running with the legendary duo’s Foundation group at various intervals over the years, New York rapper Jeru the Damaja has his sights set on his future. After a legendary solo career, including 1994 magnum opus The Sun Rises in the East, he’s headed in a new direction with collab funk/hip-hop project The Funky Pandas, alongside longtime consort Psycho Les. In good form and clearly optimistic about it all, Jeru gets into the spontaneity behind the project. “We toured a lot… We’re friends, and have been friends for such a long time. We were in a bar in Berlin, having a few drinks, smoking a little chronic, making a few jokes about getting a group together. Next day we were in studio, we did, like, five songs, and that’s how it began.”

The duo’s debut long-player drops early next year – the result of a relaxed and collaborative creative process, liberated from the constraints of Jeru’s own legacy and either man’s previous stylistic leanings. He’s quick to inform us of what we can expect. “I mean, if you’re expecting Jeru the Damaja, you’re gonna be disappointed. It’s all-new. It’s The Funky Pandas, Black Panda (Jeru) and Dr. Love Panda (Les). But it’s very good quality, very creative, real hip-hop. Just feelgood music. It’s gonna be fresh, it’s gonna be funky. I think it’s gonna be the reinvention of what people our age and our generation, fans of that golden era, early nineties are gonna like, but also new people are gonna like it.”

This being festival season, attendant crowds, including those at Townlands Carnival this weekend, will want to be hearing his classics. It’s a balancing act between entertaining longtime fans and briefing new recruits on his work, and one that he sets out to accomplish, considering his urgency to continue creating. “I’m gonna do all my classics. I love doing the old stuff, don’t get me wrong. I’ve had a long career and that’s the reason I’m able to do The Funky Pandas, because of the things I’ve done with Premier, and R.I.P., Guru, and I’m thankful for that.”

Last year also saw Jeru, alongside former stablemates Big Shug and Afu Ra reassume The Gang Starr Foundation mantle, sans live involvement from Premier, to go on tour around the continent. How was it to see audiences around Europe receive that work and the legacy of Gang Starr live? “I mean, it’s great. The fact that something you did twenty years ago, almost thirty years ago now, and still to this day, people love and respect it… it shows that it’s good music, it’s to the point, it stands the test of time. I couldn’t imagine anything else, the way music is today, I didn’t think it’d be like this, so… generational, where ‘we don’t listen to this’, or ‘we only listen to this’. When we grew up, we listened to everything. I grew up listening to my mother’s music, y’know?”

That period of his career is framed within the context of hip-hop’s golden age: from running with innovators like Gang Starr, to testy interactions with performers that became staples of hip-hop mythology, like Biggie Smalls and the Fugees. A lot surely goes through his mind now, when he looks back on that period of his career, in the early 1990s. “It was a great time. You gotta realise that (hip-hop) was super, super-new back then, y’know what I mean? Hip-hop was barely twenty years old, so it was fresh. But for me, as a youth, I was twenty, twenty-one years old, it was the best part of my life at that time, because I was innocent, I was naive. Y’know, I thought the world was the way that it wasn’t. The joy and the wonderment you have when you look at it is there because you’re not jaded yet. I try to keep that point of view nowadays, everything fresh, like a child.”

Speaking to him, you get the sense that Jeru’s wide-eyed wonder is the result of a lot of thought on his own part, especially when he touches back on the matter of what is arguably hip-hop’s first generation gap, emerging in recent years as phenomena like so-called “mumble rap” and its own DIY-inspired sentiment have taken the fore in the genre’s mainstream. When questioned on who gives him that same feeling, he stops to consider it carefully. “I heard someone who’s really good, but they’re older, their record’s out now, a guy called Ransom. I’m all about the lyrical. I like beats, but I like clever wordplay. I like to consider myself a wordsmith, and I haven’t found anyone like that (lately). I listen to some stuff, but I’m on the road so much, it’s hard. I’m in a bubble.”

Jeru’s last solo E.P., The Hammer, came out in 2014. After a period of semi-retirement following his critically acclaimed first pair of LPs, Jeru’s self-released material has taken a back seat, with sporadic extended-plays and albums finding their way to shelves intermittently. Surely an itch is there, then, to be scratched for fresh kill, amid all the current activity? “For sure. I have another record done, pretty much. I’m just prioritising now with the Pandas, ‘cause it’s fun. It’s fun. I’ve been doing Jeru my whole life. It’s fun to deal with another MC and another producer, you guys get in the studio and come up with some crazy ideas. It’s that old feeling: it feels like the nineties again for me. I know what my past is, I know what my successes are, what some people might consider failures and what I might consider a failure. But you only move forward. You only go back if you kinda forgot something and have to go get it (laughs).”

Jeru the Damaja is playing Townlands Carnival this weekend, something of a coup for a fest in its relative infancy, and after twenty-five years of coming here while on tour, is no less enthusiastic about turning up and showing the Rusheen Farm crowd what he’s about. “Oh, man, Ireland is always good! I’m just gonna rock the house, man, I’ve been coming back here since 1992, Gang Starr. It’s always been a good time, it’s never disappointed. I can never say I’ve come to Ireland and been disappointed. I’ma party hard, and the show is always super-good, super-energetic, and fantastic.”

Jeru the Damaja headlines Townlands Carnival this weekend at Rusheen Farm in Macroom, performing on the Main Stage at 6.30pm on Saturday. Last few tickets are left over at townlandscarnival.com.