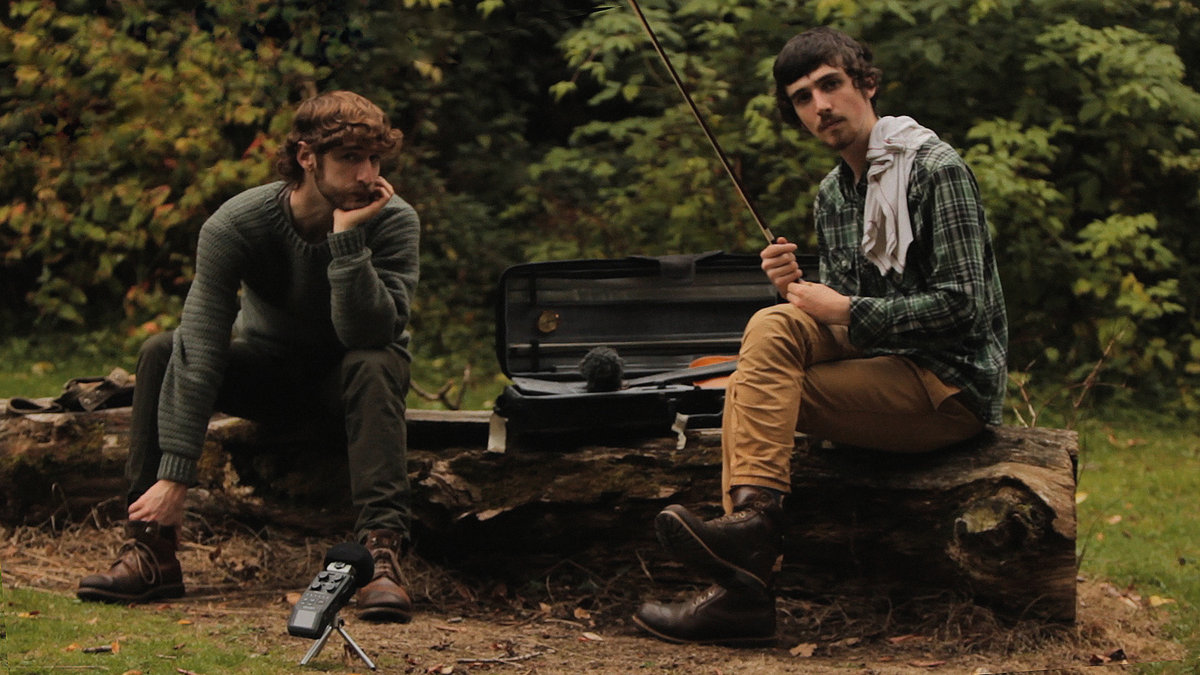 The brothers MacGloinn and their cohorts have finally unveiled their debut long-player. Ahead of Ye Vagabonds’ Live at St. Luke’s excursion this month, Mike McGrath-Bryan talk to Diarmuid MacGloinn about recording, releasing and touring.

Carlow outfit Ye Vagabonds have been something of a hot commodity in recent years, bringing a hint of Americana, specifically Appalachian singing and sixties reverie, to the contemporary Irish folk picture. Having gigged extensively and done the festival circuit around the country, the band went a step further and built a visual body of work for its music in association with This Ain’t No Disco videographer Myles O’Reilly, which has gone the extra mile in building the band’s momentum. With their eponymously-titled debut album finally released digitally and via mail order last month, Diarmuid MacGloinn, one-half of the brothers behind the band, talks about his feelings heading into its launch gigs. “There was a three-month gap right before the album was released when we could do nothing more with the album other than release it, and that was the most nerve-wracking time of the whole process. Now though, we’re feeling good about it and letting it slowly make its own way into the world. It’s pretty much impossible to have an objective listener’s ear with it though, we’ve been living with this album for about a year now and have thought about everything that’s gone into it an awful lot.”

The album is a self-release, via your the band’s newly-formed Inglenook Records imprint. With a label formally given to the record-distribution side of the Ye Vagabonds operation, MacGloinn talks about the process of getting set up for digital distribution, handling physical copies in a disparate indie record-shop environment, and plans for other artists on the label. “We’ve wanted to set up a label for a long time to release our own albums as well as our friends’ music, so when the mastering engineer asked us what the label was we came up with Inglenook there and then. Digital distribution is relatively simple these days, it just goes through an online distributor like Record Union or CD Baby, and at the moment we’re posting physical copies worldwide to anyone who orders them through Bandcamp and directly distributing to independent record shops in Ireland. We do actually have plans to release a few more artists on the label too. The first is Alain McFadden, one of our band. Alain and Brían recorded an EP in the summer together with Nick Rayner, the engineer we worked with on the album, and we’re really excited to show it to people. We’d also like to release Anna-Mieke’s music, and maybe a few others.”

The last month or so has brought a raft of critical praise for the band, in addition to well-received launch gigs for the album. MacGloinn is grateful, but chooses to keep external factors out of mind for the sake of the band’s creative and operational headspace. “It’s been great to get a lot of positive feedback on it so far. In general, we don’t read critics’ reviews unless our friends and manager read them and send them to us, but the ones we have read have been really good. It can be really difficult to read critical reviews of our music though, especially when the record has been released already. Even if a review is good, there could be one line or comparison that touches on an insecurity or doubt we might have had before, so we prefer to just not read them. The response from fans has been great, and really encouraging, so we’re delighted with that.”

Friday the 13th last month saw the record launch happen live over two nights in Dublin, and the following night in a special hometown gig in Carlow, where the band first garnered their chops and began assembling their own compositions before heading to Dublin to throw themselves into the business of their craft. For MacGloinn, these live engagements represented different milestones. “The album launches in the Cobblestone (pub) were really special nights for us, with two packed rooms in our community pub around the corner from where we’ve lived for five years or so in Dublin. There were a lot of people there who are very important to us, and those two nights were two of our favourite gigs we’ve played. The Carlow gig was a bit emotional for us. There were a bunch of people there who have watched us take our first steps as musicians, and been there the whole way through our teens until we left Carlow. There was also a very important gap there that night, since a good friend of ours isn’t there anymore, and it was tough to be reminded of that again.”

Folk of many strains is having a field day as of present, with a level of press exposure and live activity not seen since the boom-years explosion in easily-accessible singer-songwriters. MacGloinn, as a fan first and foremost, names some of his favourite contemporaries, and why Irish folk is stronger than ever. “There are so many amazing Irish folk artists around these days. Lankum have been cutting an incredible path for themselves for the past few years which has drawn a lot of attention to the folk scene here. Their music identifies a feeling that a lot of people can relate to in Ireland, but might not have expressed that way before. Lisa O’Neill is a big inspiration to us too. She does something very unique with songs, a shape that I wouldn’t have imagined before, and an honesty I hadn’t heard before either. Branwen Kavanagh of Twin Headed Wolf and Oiseau Oiseau has been writing and performing incredible music and art for a few years now too, and I’d love to see her music released at some stage soon. Then there are people like Anna-Mieke, Rue, Alain Mc Fadden and Sean Fitzgerald who are all making really interesting and transportive music.”

The band hits Live at St. Luke’s on November 24th, a favourite venue of theirs. Indeed, the ex-cathedral’s cavernous interior seems perfectly suited to their ambitions while providing a certain initimacy that behooves any good folk session. “St. Luke’s has the best acoustics of any venue in Ireland that we’ve played in, so for harmony-rich music and this album it’s probably the most suited place to hear us in the country. Our music is more or less made for that room. Out of all the gigs we have lined up for the rest of this year, that’s the one we’re most excited about. It’s also the biggest venue we’ve ever played a headline show in. We’ll be joined by a very talented song writer and singer from Dundalk called David Keenan, who’s been making big waves on his own this past year, and we’re delighted to have him opening for us on the night. We don’t know when we’ll be back in Cork again, so we’re going to give it everything we can on the 24th.”

Ambition is a word that suits the band and their approach to music. It’s no surprise, then, that the band are already on their next steps, creatively. But before any of the high faluting, they’ve got a journey to undergo in pursuit of authenticity for their new music. “It might sound like we’re getting ahead of ourselves, but we’re recording another album. We have a bunch of traditional songs that we want to record in Irish and English, mostly songs of the Ulster song tradition from Arranmore Island in particular, where our mother’s side of the family come from. We’re going to spend a bunch of time in Arranmore preparing the finer details of the songs, and we’ll be recording them all live over a few days just after the St Luke’s gig. It’s likely that we’ll try out a bunch of these songs in St Luke’s on the 24th too. That should be ready to release in the late spring time next year.”