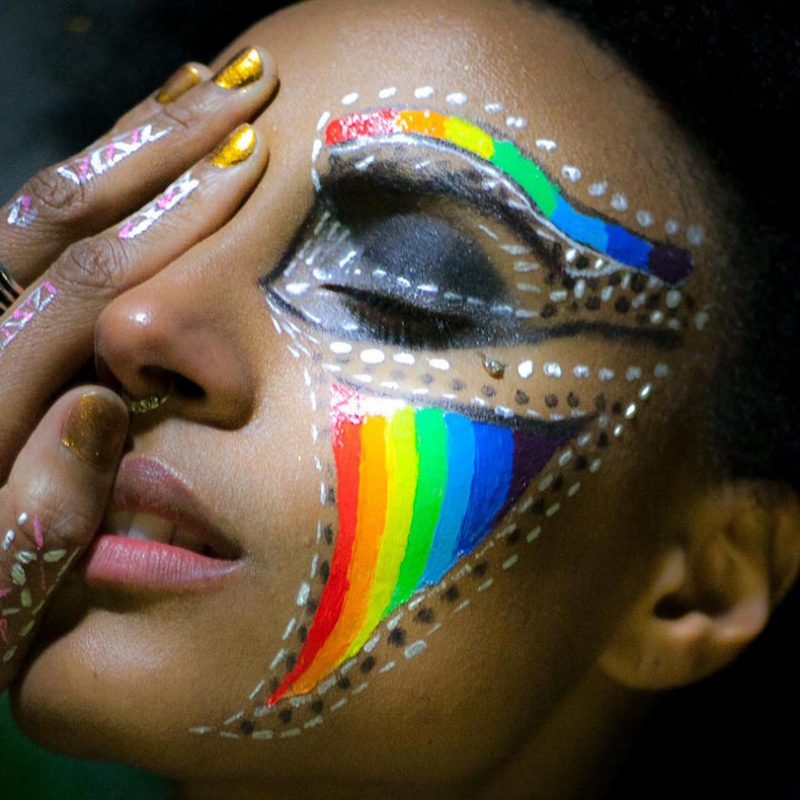 Ahead of taking to the stage in Cyprus Avenue next week, Sallay Matu Garnett, aka Loah, speaks with Mike McGrath-Bryan about her work and her journey.

For some, music is entertainment, a safety blanket amid the mundane or the chaotic. For others, it is catharsis, a means of coming to terms with life experiences and the self. For Sallay Matu Garnett, pseudonymously known as Loah, it’s also been the summary of a lifelong journey along lines of culture, identity and the artistic process. This summer saw the crossing of a major milestone along that path, with the release of debut extended-player ‘This Heart’ via Ensemble Music, after a string of streaming songs and extensive gigging. Garnett discusses the creation of a long-awaited piece of work. “Recording the band was very simple – we all went up to Hellfire Studios, with gorgeous views of the Dublin mountains for a week and the band nailed it. The vocals took a lot longer, they were done over a few months. And there were extra sessions for grand pianos, saxophones, strings, that kind of thing. The creative process was much more complicated, I changed my mind many times about how to do it. It took me a long time to be confident enough to even record, frankly. But once I decided, we got it done fairly simply as I’m lucky to have some great musicians around me.”

With the process of studio creation demystified and a tangible body of work given to her music, time to live with the music has been taken, and Garnett is keen to progress. “I think the songs are really something, and I’m very proud. The performances by the band are stellar. I don’t think there’s much that I would change for how we treated those songs,. However, I’m also very ready to move on from that sound, phase and chapter of writing and open up to a new exploration.”

Genres and pigeonholes are something that artists more often than not simply play around with, or disinterested in overall. For Garnett, however, the idea of the mission statement is not only central, but verging on autobiographical. ‘ArtSoul’ is her self-coined, singular vision for her music, born equally of her roots and the classical training she received, as well as current influences and collaborators. It’s the sum of her journey so far, and an idea of the ambitions she holds. “I suppose it’s being mixed race, Irish/Sierra Leonean, and growing up in both places but predominantly Ireland that has given me a unique sense of self. There are parts of both heritage and both cultures that are so incredible, sometimes in flow together, sometimes in opposition, that give rise to an interesting standpoint from which to create art. Also because of moving around I’ve been exposed to so much amazing music that has seeped into my bone marrow that I struggle to settle on what sound feels most like ‘home’ to me. That’s the ongoing journey – but at its core, I make soul music.”

Hype and anticipation are all part of the cycle surrounding artists, especially in the social-media, breaking-news age. And while Garnett’s momentum emerged and spread like wildfire from blogs, uploads and videos on YouTube, ‘This Heart’ was a long time coming, as the title track infers in a daring opening gambit. Surely, there must have been impatience on her part to kinda capitalise on all the hubbub. “I wasn’t expecting the ‘hype’ at all, and I actually found that at times it flared up my insecurities if I’m totally honest. I felt a sense of impostor syndrome as most people experience starting out in something – so even though it was all very supportive and uber positive, unfortunately I didn’t initially feel a sense of confidence and experience in myself as a writer and performer to match some of the wonderful things being said. It’s sad in a way – I couldn’t always fully embrace it because it left a feeling of pressure to expand and grow really quickly rather than space to figure myself out, which I needed. I took the space and time anyway because I simply didn’t want to record until I was ready, but I felt like by doing so I was somehow disappointing people at times – ‘they’ expected more music, and faster. I also expected more from myself, in an unhealthy way. It’s a funny one.”

A standout from the record is the studio version of ‘Cortege’, finally formally released after its first airing online in 2014, featuring the little bits and flourishes a studio production allows for that a live version can’t. A beautiful, mournful piece of music, the piece is sung in two Sierra Leonean languages: Sherbro and Mende. While the title refers to solemnity and a procession, Garnett explains the emotional impetus behind a moving piece of music. “The song is about death as the title suggest, but the lyrics use the metaphor of the sun rising and setting, and how we all rise and set in kind. I wrote it for a friend whose mother passed very unexpectedly and quickly of cancer. It was my way of sending condolence to someone I care about, and trying to make sense of the great mystery of death with dignity, acceptance and love. And in doing so, infused it with an appreciation for feminine energy, also a very mysterious and subtle force we all benefit from but do not necessarily always appreciate.”

Off the hype train for a wee bit, Garnett recently mucked in with Cork-born producer Bantum’s single ‘Take It’, released last year ahead of his second full-length, ‘Move’. Garnett breaks down the process of collaboration. “Working with Ruairí was effortless. He sent me the track he thought I would vibe with, I did, and I wrote it in three sittings. He’s a very lovely, very laid back and caring person who’s become a real mate – in fact I enjoyed the process so much that we’re back in cahoots on more music! ‘Move’ is a really great album in so many ways – not least because it’s true to him but also his very organic collaborations with so many amazing artists on it is an incredible snapshot of music in Ireland right now, that I think will be looked back on as an important album of its time.”

Loah plays Cyprus Avenue on November 30th as part of the run of dates to promote ‘This Heart’. It’s not her first rodeo with Corkonians, and Garnett looks set to deliver something special. “It’s a pretty slick venue and Cork people, based on all my experiences are a very cultured crew with refined taste so I’m both excited and a bit nervous! I like these nerves though they give me an extra shot of adrenaline that always gives the shows an extra something.” Of course, in keeping with looking to progress, Garnett’s schedule is full for the winter after touring for the extended-player is over with. “Loads and loads and loads of writing! I have some really interesting collaborations on the way, not least the Bantum one. In fact one of those collaborations, a very unexpected one I would imagine, will hit your ears before Christmas. I’m super excited about them all, and I’m actually really looking forward to 2018 unfolding.”