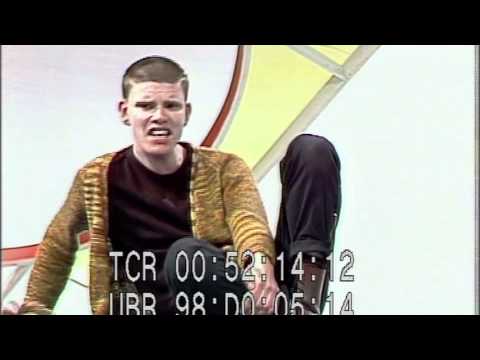 On August 24th in GULPD Cafe, several veterans of Cork’s post-punk community of the ’70s and ’80s will gather for a discussion on the sights and sounds of the time. Mike McGrath-Bryan speaks with panellists Jim O’Mahony and Ricky Dineen, as well as DJ John Byrne.

“I think there’s a lot of nostalgia surrounding certain musical events, artists, or even venues in Cork…. there’s too much sometimes, to be honest, but I think this was a very vibrant and musically creative time here, which is often airbrushed over… I think there’s a distinct musical difference in the terms punk and post-punk, and I’ve always thought there was a really good post-punk scene not just in Cork, but in Ireland in the late ’70s, early ’80s.” Jim “Comet” O’Mahony speaks on the aforementioned post-punk landscape of Cork, the subject of Radio On, an event happening at the Triskel Arts Centre on the 24th.

Encompassing a discussion panel inspired by the Paul MacDermott radio documentary “Get That Monster off the Stage”, charting the life and career of Finbarr Donnelly, vocalist of Five Go Down to the Sea?, Nun Attax and Beethoven, the event also includes a DJ set of Leeside tunes of the time from John Byrne. Much is made of Donnelly’s legacy, and Byrne is quick to provide a wider picture. “It’s right that Finbarr Donnelly should be remembered and lauded. His improvising sensibility as a vocalist made him unique. His ability to take this sensibility into punk and post-punk music set him apart from his contemporaries. However there was a large cast of players in all the bands that Finbarr played with, that were also important. Obviously we have Ricky Dineen who was involved in all those bands, and has his own instantly recognisable playing style. A further listing of notable contributors over the years… Philip & Keith ‘Smelly’ O’Connell, Mick Finnegan, Giordaí Ua Laoghaire, Mick Stack, Una Ní Chanainn, Maurice Carter, Daniel Strittmayer. I’ll bet Ricky could roll-call a dozen more!” Dineen, Donnelly’s best friend and collaborator, is far more pensive about the differences between the legend of Donnelly, and the man he knew. “Most of the music-related Donnelly stories have probably been told by now. ‘Larger than life’ is probably an overused term to describe him. His public ‘mad’ persona was in complete contrast to the quiet, deep-thinking Donnelly. The more personal stories are best kept for a ‘warts and all’ biography, if anyone wants to take it on.”

The epicentre of all of this was the oft-romanticised Arcadia Ballroom, a former showband ballroom just across from Kent Station. Ricky muses on the sights and sounds of a now-iconic venue. “The Arc was like a supersized GAA hall. Upstairs, it had a café and seated area at the back where you could take the oul’ dolls. It had no beer licence, so everyone used to get tanked up in the Handlebars pub beforehand. The atmosphere was always good, even though the occasional fight broke out (sometimes involving ourselves). The DJing was varied, from punk rock to disco,Good Times by Chic being a particular favourite. Of course the bands were always good, thanks to Elvera (Butler, former UCC Music Society chair), she seemed to get every half decent band that was on tour. If you could imagine a venue like the Savoy selling out every Friday and Saturday night with relevant bands, that would be the Arc.”

The discussion falls as thirty-five years have passed since the release of Kaught at the Kampus, a split record released by Elvera Butler’s Reekus Records that took in live recordings of Nun Attax, Mean Features, Microdisney and Urban Blitz during a late-1980 gig at the Arc. Says Jim: “It was a huge achievement for four Cork punk bands to put out a record in 1981. Cork was a very grim place at the time, with high unemployment and emigration, with very little prospects for a bright or even dimly-lit future and the so-called Irish music industry didn’t exist outside of Dublin, so this was a very big deal.” An achievement that perhaps seems a bit humble in a day of Bandcamp and streaming, John remembers its importance to the scene of the time. “The concept of rock bands of any stripe working and living in Cork, making records – that went right against the general grain. Before the punk generation, only a couple of blues-rock bands had achieved this. Thankfully more bands took this example in the 1980s. I know that some of the participants consider the record to be in the realm of juvenilia now, but it clearly delineated the wild differential in musical stylisations that had evolved in a couple of short years since the English punk explosion. For these two things at least, the record had its place.”

The importance of archiving this and other Leeside cultural events is outlined by the presence of the Northside Folklore Project at the event. Jim holds forth on why. “It’s very important from a historical point of view that this period of music and culture in Cork be documented and preserved. The fact that it wasn’t a mainstream scene shouldn’t lessen its significance. This is a whole umbrella that not only takes in a big punk and post-punk movement in the city, but also a very vibrant mod and skinhead scene. People who are into music in a serious way always gravitate at some point towards music that’s old and interesting so all this stuff needs to be there for them, and it’s also nice for those of us who were there to look back on. It helps jog our memories.”

Radio On happens on Wednesday August 24th at GULPD Cafe in the Triskel. Kickoff at 8, free-in.