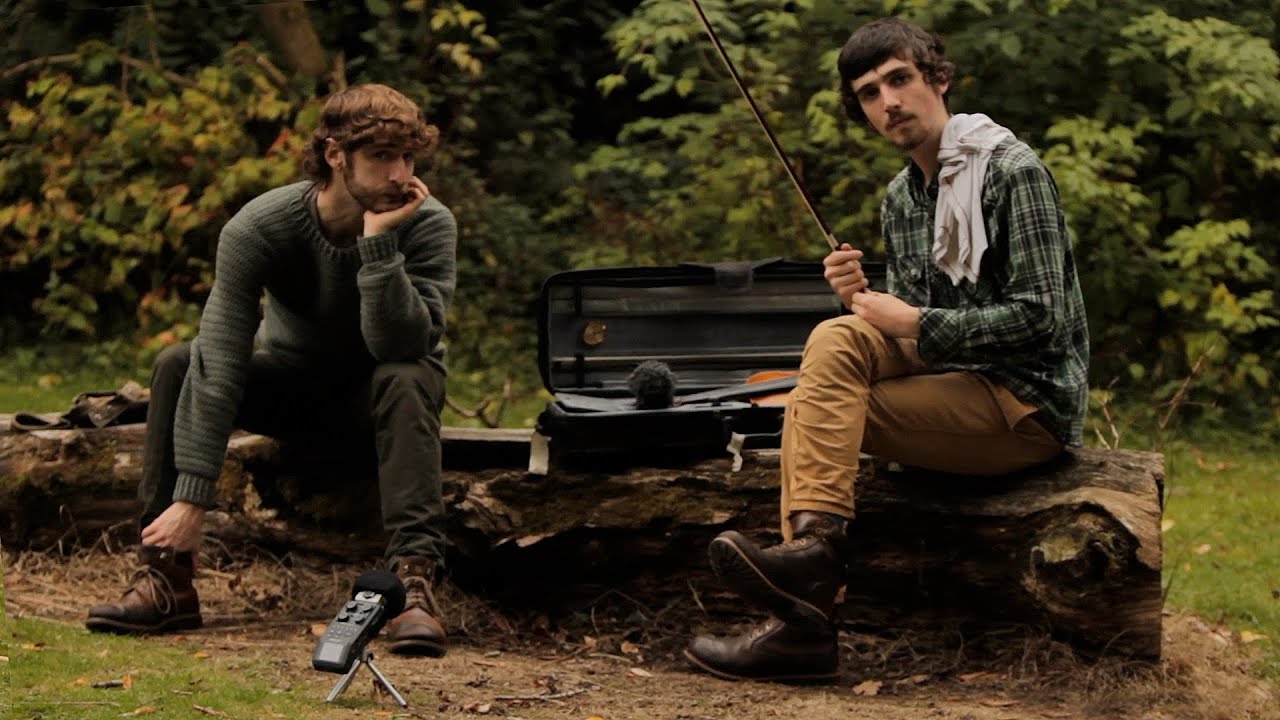 Ahead of dates in Coughlan’s and DeBarra’s later this month, Mike McGrath-Bryan speaks with Diarmuid Glynn of Ye Vagabonds about tours, a new album and online video.

There’s a lot to be said for slow and steady progression. Brian and Diarmuid Glynn are Ye Vagabonds, a pair of brothers from Carlow, currently resident in Dublin, where their weekly session in Walsh’s pub in Stoneybatter saw them become a fixture of the capital’s folk community. Their current successes are heavily tied in to the rise of online music video and hard touring, but all of this is the latest chapter in a lifelong journey.

Starting off as kids playing music around Carlow, the lads had their creative upbringing around some of the classics of the rock canon before transitioning to their current influences, as Diarmuid recalls. “Around the time we started playing music together, Brían’s late teens, my early 20s, our personal tastes were starting to come in line with what had been around us all our lives. We made the transition from 1970s rock, to 1960s folk and trad. From Led Zeppelin to Sweeneys Men and The Incredible String Band.”

Like countless other young musicians before them, they quickly encountered the cultural limitations for original music in small-town Ireland, slogging away on booking and promotions in Carlow town, before moving to Dublin and finding a more cogent scene. “We tried in our years in Carlow to push the scene as much as we could. Running open mics, and mini festivals, and gigs. There were two great venues, Caffe Formenti, since closed, and Club D’art, recently reopened. When we started playing in Dublin, we brought folks that we met there down to those venues. After we moved up to the Pale, it took a while before we met the crowd that we would consider to be our ‘scene’. All our mates (laughs). Then, we did what we had done in Carlow, and started a weekly session. That was three years ago and we feel rightly nestled in the heart of it now.”

While finding their bearings, the duo happened across videographer and director Myles O’Reilly, famed for his work under the banner of Arbutus Yarns, and most recently with the newly-rebooted This Ain’t No Disco. Taking to the brothers, he proceeded to film a series of videos with them, which has made the difference, says Diarmuid. “Ourselves and Myles clicked right away. It was Body and Soul three years ago when we met at Arbutus Yarns area. We sang a few songs, had some deep meaningfuls and by sunrise we were the best of friends. His videos are easily the most important output we’ve made. We hang out regularly now and he’s still hugely encouraging. He’s like a big brother in many ways. We love Myles.”

Not the least of career bumps the brothers Glynn have received was a chance meeting with Frames frontman Glen Hansard, who took an immediate shine to the pair and took them on tour with him in late 2015. The experience has proven to be invaluable. “Glen Hansard is a lovable and generous rogue. Festivals have never been our favourite gigs to play, but they’re great for meeting people and that was one of the more fortunate meetings. It was Electric Picnic 2015. Glen had seen Myles’ videos, and so after shaking our hands and saying hello he asked us to jump up on stage with him. He thinks with his gut. The next thing it’s October, we’re on a flashy tour bus travelling through Europe, and Glen is regaling us with stories and teaching us the best way to fold shirts and coats. There was any amount of mischief on that tour, and we’ll never forget it as our first experience of that kind. Pure magic.”

Amid all of the bustle and business, the band found time to put down their debut extended-player, a slick, layered work that betrays a quick-and-dirty recording process. “Rose and Briar happened all in a flash in the run up to the Glen Hansard tour. That flash illuminated a single moment in time like a snap-shot. It was mostly recorded in a day, on borrowed equipment in our living room by our friend Chris Barry. We recorded the songs we happened to be singing at the time, including some very newly written material. Diarmuid’s cover artwork was intended as a rough sketch. Part of Chris’ payment consisted of a guitar amp, a flat cap and several packets of biscuits. We’re glad that it was captured as such.”

Heading back to the promotion and booking grind at a more committed tilt as of recent, the pair have begun a new curated folk night at Connolly’s of Leap, Little Wheel Spin. Diarmuid explores the concept. “Little Wheel Spin is our new baby for 2017. It involves the cyclic nature of stories and songs and our place in the ongoing revolution. Once a month we bring together two or three acts we feel will inspire and compliment one another and have a night of songs, tunes and the occasional long winded story about a donkey. Eventually we hope to involve more collaboration among artists and possibly a raffle. Watch this space.”

With such a busy schedule, it’s not a surprise that the band’s debut album has been put on the long finger while things get figured out. “The eventful year we had in 2016 meant there was little time to sit and focus on how we wanted things to sound. We decided to take time this winter to find a nice rehearsal space and work on a live performance of the album we want to create. Recording the album will be a matter of capturing that live performance. If all goes to plan we’ll be doing that somewhere in West Cork this spring.”

So what now for the boys, heading into the new year? “This coming year of the rooster we intend to rise up with the dawns first rosy light and crack on with our album and our ongoing projects. After that a global domination tour in which we overturn the Trump presidency and Brexit and the Neo-Nazi alt-right and restore truth and common sense to the human race.. apart from that we’ll be in the corner of the pub singing songs.”